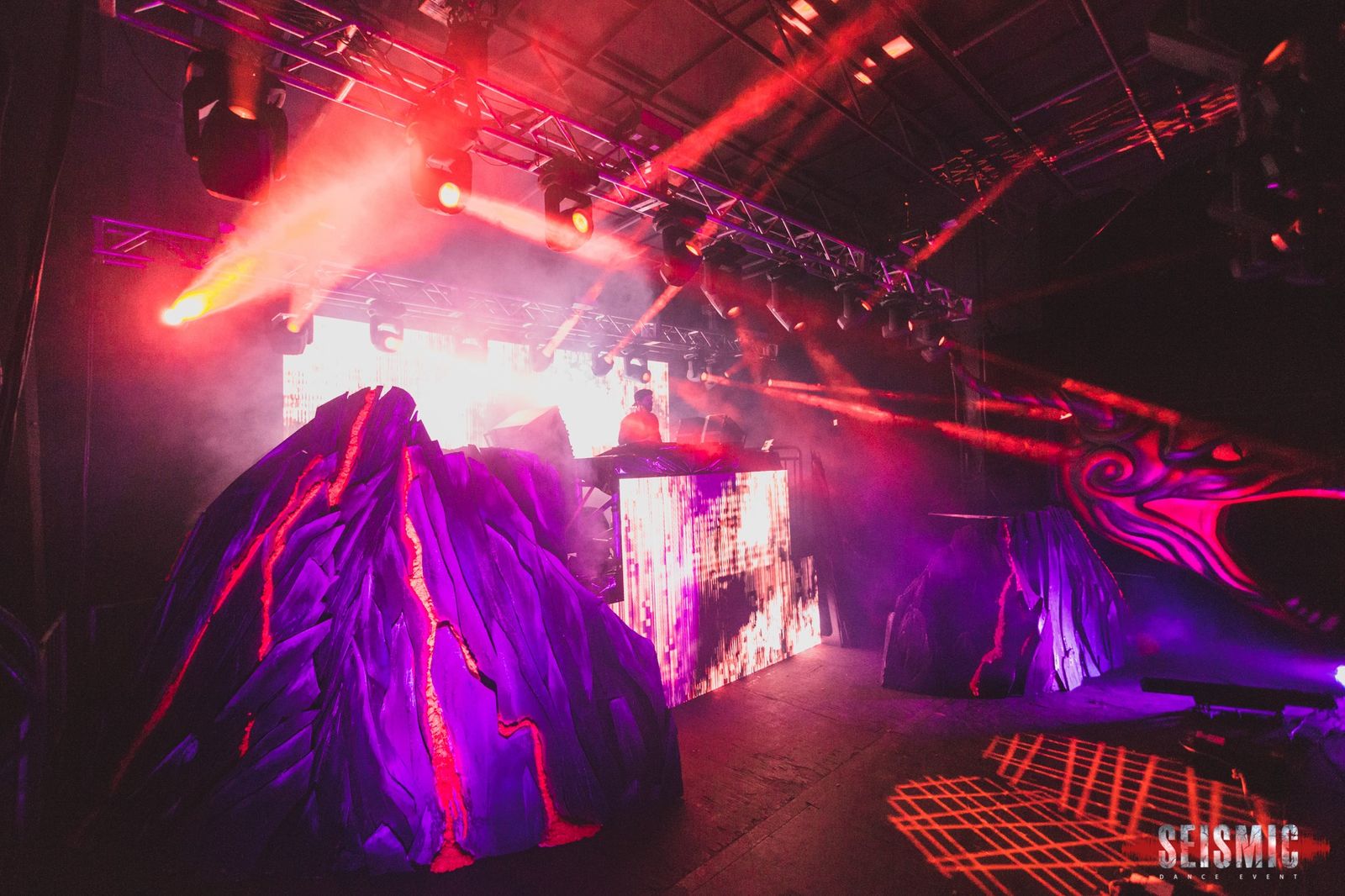 By now you’ve seen Seismic Dance Event’s 2019 lineup on many occasions. On an individual level, there are countless artists to be excited about, but that’s not what I’d like to dive into for the purposes of this article. Seismic Dance Event’s inaugural year managed to capture a vibe that doesn’t exist at so many other festivals around the country. But what is it that really set Seismic apart?

Historically, first year festivals do not fare well. Not only are they a huge commitment financially, but there are so many intrinsic details that inexperienced and overambitious promoters didn’t account for while organizing the event. When the festival ultimately opens its doors, failing to prepare for these details can lead to technical and production-related issues, a sub-par atmosphere exploring the festival grounds, or festival attendees stranded on an island looting each other’s FEMA cabanas. Luckily Austin is a landlocked city with an international airport, and the homegrown promoters RealMusic Events (RME) built their festival off of a foundational decade of experience hosting weekly club events and periodic one-day label-curated mini-festivals.

That experience is invaluable, but it is only one component that contributed to the unique vibe Seismic was able to capture in year one. In addition to the inherent risks organizing a new festival, RME doubled down by strictly limiting the event’s scope to House and Techno. While there are a few notable exceptions, a majority of festivals on the US circuit succeed by broadly catering to every subset of electronic music in hopes that there is something on the lineup for everyone. However, this approach dismisses a growing population of dance music enthusiasts that have refined their tastes over time, and are willing to travel to dive deeper than the same lineup they see across the country on an annual basis.

I had a few friends play the local stage last year, so I made it a point to arrive early and explore the venue before settling in to support those artists. In the first hour I met three friend groups that had traveled from outside of Texas for the first year festival. One couple in particular was from the same area of Florida as my alma mater, and when I asked what encouraged them to travel all the way to Austin they simply replied, “With a lineup like this, how could we not?” While I feel this anecdote does a great job showcasing the initial interest that encourages the dance music community to commit to an event, there’s another intangible element after limiting a lineup’s genres that can only be observed in attendance.

Narrowing a festival’s scope intrinsically affects the culture, and over the course of the two day festival I began to notice a familiar feeling. This feeling is one I first discovered at Above & Beyond’s milestone Group Therapy event at The Gorge, and a frequently described sentiment by both bassheads attending Lostlands and trance fanatics advocating Dreamstate. Honing in on specific styles of music attracts passionate fans of the marketed genres, and these important factors offer a total event buy-in that isn’t attainable at multi-genre festivals balancing a wide array of preferred tastes. Sure, those microcosms can exist at specifically hosted or curated stages, but once you leave the bubble you’ve been partying in you face a dissonance of entirely different bubbles fellow attendees have existed in. Different tastes aren’t a bad thing by any means, but there’s a beautifully inclusive element to having one bubble contain the event in its entirety. Even though my preferred genres weren’t on display for both days of ABGT, the curation offered a rare level of immersion I hadn’t experienced at other festivals, and that feeling returned for the first iteration of Seismic Dance Event.

Finally, limiting a festival’s genres actually expands the range of artists the promoter is able to book. This statement may seem counterintuitive on the surface, but let me go back on my word a bit to explain. Multi-genre electronic festivals are actually handicapped when it comes to booking talent. Big-time recognizable names need to represent each style, or you run the risk of ostracizing certain crowds. A festival centered on house and techno already anchored musical expectations, then it went and locked down industry titans deadmau5 and Eric Prydz for rarer techno alias performances as the headliners. With the headliners secured, it’s opened the doors to fill the rest of the lineup with a combination of up-and-coming talent like Rinzen, Gioli & Assia, and Qrion while luring in legends who rarely make their way to Texas in Bicep, Lee Burridge, and Ellen Allien.

After just one year of operation, Seismic Dance Event was nominated for “Best Boutique Festival” by DJ Mag alongside iconic long-standing events like like Holy Ship. Entering year two, my anecdotal evidence can already expand from Florida attendees to social media interactions with international travelers. This kind of attention is generally reserved for large-scale festivals hosting tens of thousands, but Seismic has opted to retain the boutique festival vibe and offer the opportunity to see these artists in an intimate setting. Texas locals are incredibly fortunate to have this level of talent joining us in our own backyard.

We’re now less than one month away from Seismic Dance Event 2.0, limited tickets remaining below.