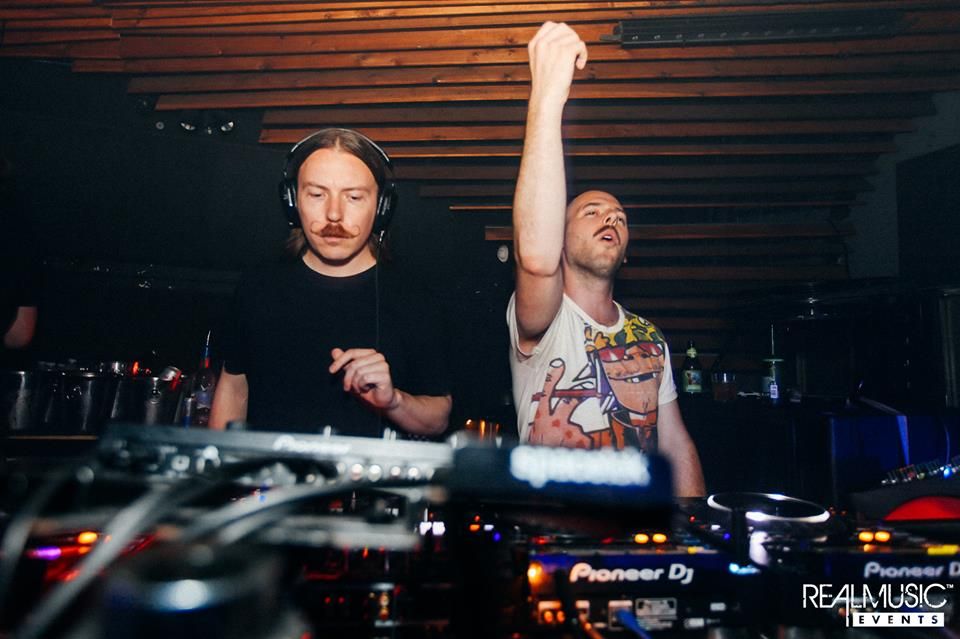 My first exposure to The M Machine was watching a mini documentary following Porter Robinson's Language tour in which they, as well as Mat Zo, joined him as supporting acts. The documentary was premiered on YouTube and has since been taken down (NOOOOOO) but I do look back on that memory very fondly. This was the very beginning of my days in the dance music scene, so the sound of 2012 electro is basically a big bowl of feelios for me. While my taste has grown and evolved towards a different sound over the years, I still love what all of these artists are doing with their work, especially The M Machine.

Ben Swardlick and Eric Luttrell hail from San Francisco, and together (along with a third who has since left the group) began producing as The M Machine in 2011. Their first major release was on Skrillex's OWSLA label and immediately shot to the top of the Electro House chart on Beatport. This was followed by several more years of singles, remixes, and EPs releasing not only on the noteworthy OWSLA, but also Anjunabeats and Boys Noize Records as well. BASICALLY these guys moved fast, and rightfully so. The M Machine's work over the years has definitely changed, and it's still not possible to define these guys as one specific genre. This knack for creating a unique blend of music styles is beautifully portrayed in their newest album Glare.

Glare, in my humble opinion, is the best work The M Machine has done yet. I find this extra fitting as it is their first full length album release, AND it is their debut on Mat Zo's new imprint, Mad Zoo (which, if you have any knowledge of Zo, just FITS, you know?) The album tumbles gracefully from style to style, without a single jarring moment. Throughout the 12 tracks, listeners will find themselves moving from sultry vocals to 80s inspired synths, to electric guitar riffs, and IT ALL WORKS.

Despite the diversity over the course of the album, it feels natural and cohesive. Glare holds the magic of fitting the airy summer vibe we all crave while driving through the city with our windows down, but can also underscore a late night rooftop hang sesh with our closest friends. Several tracks even feel inspired by major, and vastly different, artists such as Depeche Mode and Tycho, both of which I really enjoy.

The BEST part of all of this is that The M Machine is currently touring Glare, and hearing how they choose to craft their DJ set around such an eclectic mix of tracks this Saturday at Kingdom will be a really cool experience. I highly suggest you guys make it out, and definitely give Glare a listen at least once before you do. I'm particularly fond of "Voyeur" for those synths, mm! Listen below.