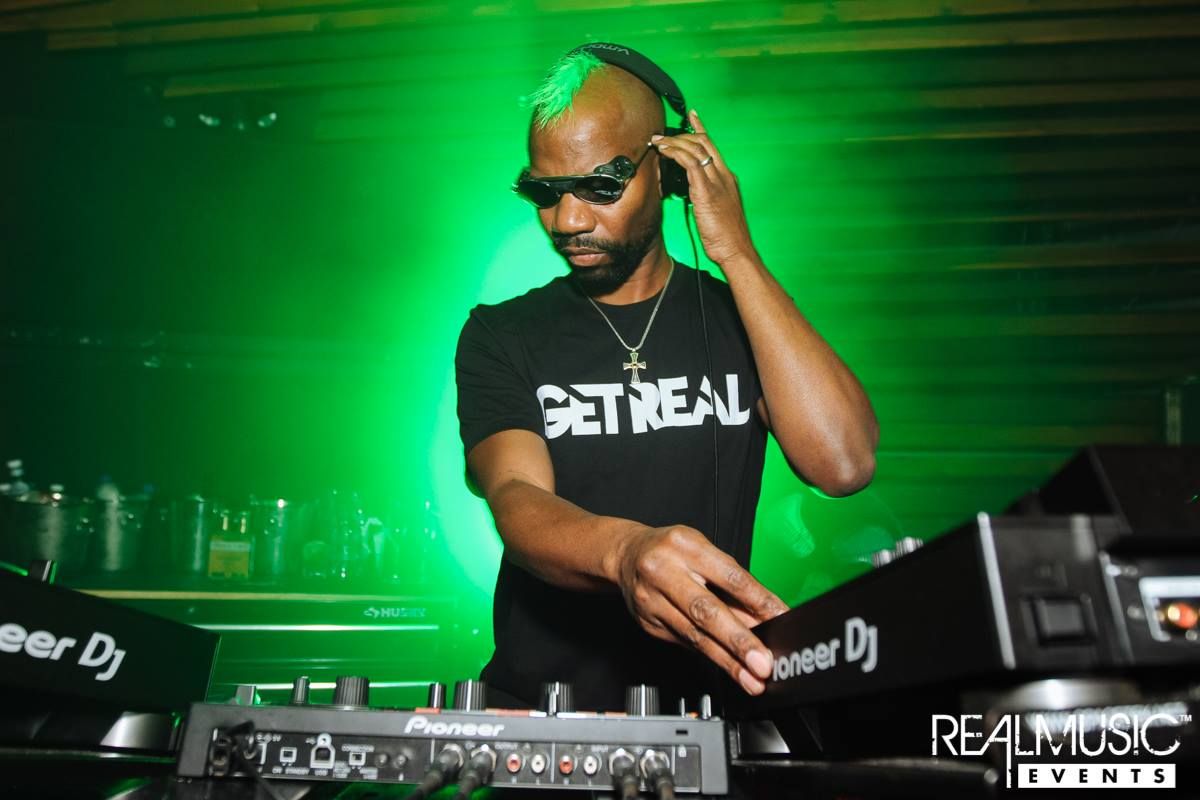 Dance music, especially in its modern form, can appear like a segregated community. Dozens of subgenres help music fans find the sound they love most, but there remains a uniting factor across categorical lines. This unity can be described as a sense of escapism, of finding the remedy to the stresses of life. No matter if the night begins carpooling with a van full friends or coming in solo looking for new connections, the electronic sounds we all love consistently illuminate the path to a great memory.

In this post, we’d like to highlight two members of the RealMusic community who had their nights, or even their lives, turned around by one of our events. These music lovers took some time to share one of their favorite nights dancing to a RealMusic Events booking at our partner club Kingdom.

First up is Julian Shoben. His story begins at Euphoria Music Festival 2016. His pre-festival excitement was dampened so much by having to carry his group’s camping gear over multiple hills and from one of his bags being stolen, that he ended up dejectedly heading an hour home for a shower and a moment to unwind.

After some recuperation, he and his girlfriend Ashley (now fiancée, congratulations!) regained their enthusiasm for the night and decided to take their weekend on a detour to Kingdom to see Green Velvet. Since all their friends were at the festival, they were left in an unfamiliar situation of not having a big group of friends at the club. The following, in Julian’s words, is what happened next.

“A very intimate experience followed, within which both of us discovered real, genuine house music for the first time. The room heaved in the darkness from the swell of a sold-out crowd swaying to the rhythmic, relentless kicks booming out of the speakers, vibrating through our bodies while we basked in green lights gliding around that were emblematic of Green Velvet’s trademark color. Neither of us could recognize any of the tracks being played; there were no top 40 hits being played here tonight, nor dubstep slammers, or big room anthems. At the time, the music being played sounded like a mixture of gospel and disco with hard, slamming beats that made it seem harder, and more industrial. We had no idea what to call this music since we had never listened to house or techno prior, but we knew one thing: we absolutely loved it.”

They set a new personal record of dancing till 3:30 in the morning, lost in the magic of what they were experiencing. Despite losing $300 worth of personal belongings earlier in the day, they remember the night as one of their all-time favorites. The experience left a lasting impact on the music fans:

“That night we unknowingly discovered real house music from one of the finest house wizards of our time, and would end up evolving into an obsessive infatuation with everything about the underground- the music, the style, the people, the history. “

Over a year later, Julian and Ashley made the American underground music pilgrimage to Detroit for Movement Music Festival. There they got to see Green Velvet perform once again, this time as Cajmere. Dancing in the birthplace of American techno, surrounded by the house and techno obsessed crowds of Detroit, their new musical love had come full circle.

Our second story comes from Miral Gandhi, a member of the community who has since moved to a neighboring Texas city. Due to a unique job opportunity, Miral spent about a year in Austin. In the months directly following his move, he hadn’t yet found friends who shared his musical tastes. Since he was passionate about dance music, he regularly went to RealMusic Events shows by himself.

His favorite memory is so special to him because he will “never forget the first night I met some of my best friends, Brandon and Kelsey.” He was going to see Maceo Plex for the first time since Tomorrowworld 2013, and once again, he was flying solo. In his own words:

“This was my first taste of techno in the dungeon-like vibe that is known as Kingdom...and it was most definitely the perfect setting. Everyone was so close together and dancing rhythmically, [it] felt tribal and animalistic. Dancing to the music just felt so natural and made me feel connected on another level to these other like-minded humans .”

At one point, a dancing stranger, who happens to be the author of this article, noticed his earplugs and complemented them. The simple interaction started a conversation that turned into a night of dancing. That night of dancing turned then turned into an incredible friendship. Since then, Miral has been to countless other Kingdom shows and festivals with his new friends. The night contributed to his respect for RealMusic Events and Kingdom, and introduced him to two people who he still calls best friends. Miral had some kind words to say about RME and Kingdom:

“I love Kingdom because it is the perfect combination of sound, lights, and just the right amount of sweat. . . Bartenders are super friendly and the vibes are just right. RME always manages to bring a wide array of music that will hit anyone's spot. It is truly impressive that they are able to bring every [style] of artist. I look forward to many more RealMusic Events shows and am so glad we have this gem right in the heart of Texas.”

Even though Miral lives in Houston now, he regularly comes back to Austin for shows and is currently looking forward to both Jeremy Olander and A Labor of Love day 1.

A huge thank you to Miral and Julian for sharing their experiences with us for this article!