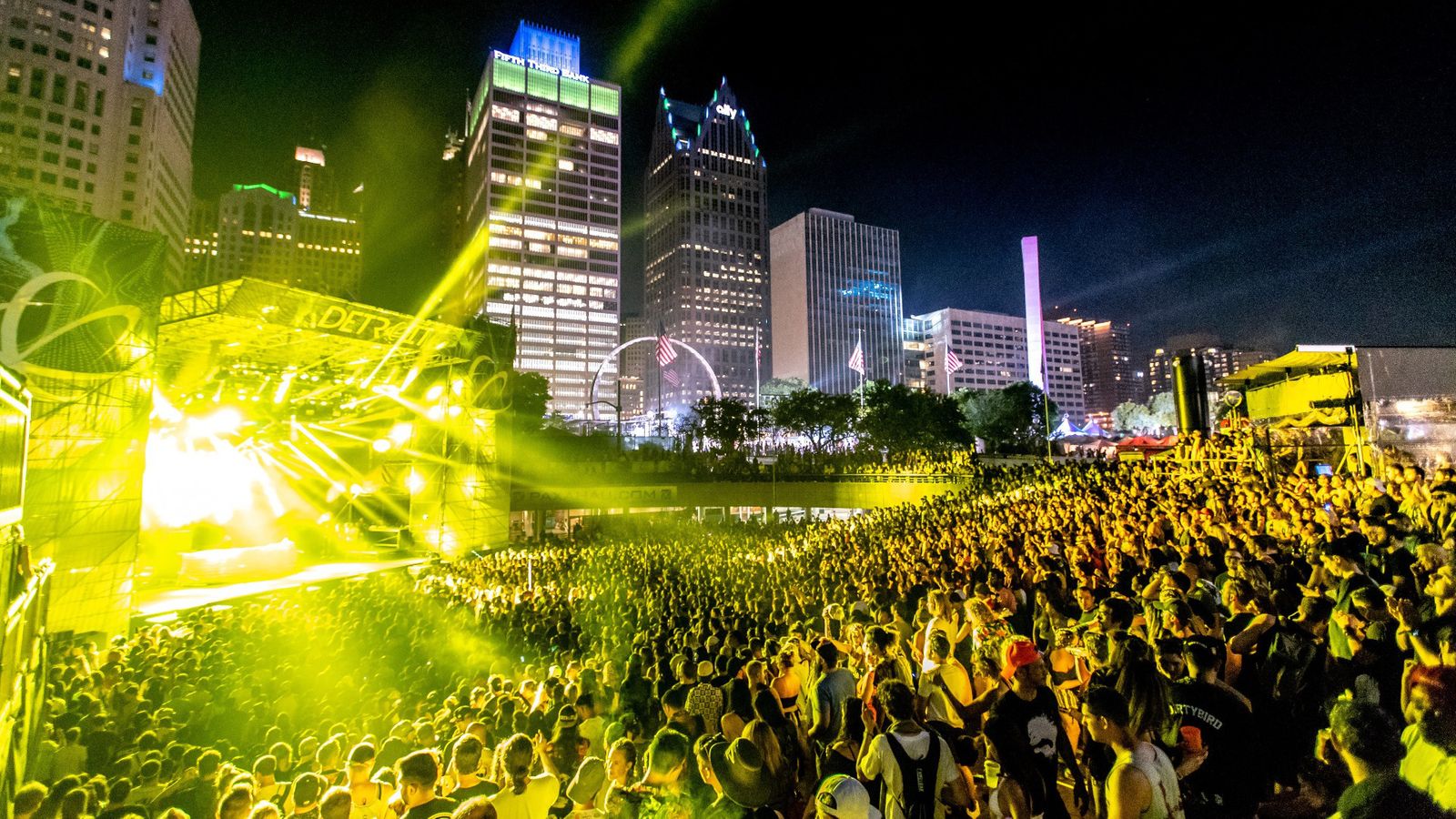 Going into Movement this year, the techno fans were a little concerned. The headliners had shifted away from techno, and names like Diplo and Rezz on the lineup meant different types of fans would be attending. Some people proclaimed that the promoter Paxahau had abandoned the underground fans entirely. Through all the naysaying, Movement 2018 turned out to be an experience to remember, all for good reasons. Some of the top names in techno held their ground at the top of the food chain, proving they were truly the best of the best; while the legends sat at the top, a collection of talented women climbed skyward, showing that this wasn’t only a men’s industry anymore. Through these two points, Movement showed that the scene may be shifting in some ways, but is definitively staying true to its roots in others.

The people I typically talk music with are in what I call the “seasoned zone” (seasoned sometimes being replaced with salty). They’ve been to so many club nights and so many festivals that the magic of unfamiliarity has been replaced with a comfortable and competitive knowledge of the music. Dancing through sets in wonder of what is being played has been replaced with seeing who in the group can ID the most songs in a set.

These people were put back in that special place by the legendary Laurent Garnier Sunday night.

I had heard of Laurent many times, and knew I had to see him, but truly hadn’t listened to much of his productions or many of his mixes. Even if I would have studied up, nothing would have prepared me for his performance at Movement. The set started with him coming out and sassily leaning on the DJ table as Modeselektor finished up their set, looking entirely impatient as if he wasn’t the one who had showed up 5 minutes late to his set time. As soon as he was in control, he started playing aquatic animal sounds, a soundtrack to the deep sea complete with processed samples from whales and other creatures. This beautifully transitioned into an instant favorite of mine, Carl Craig - At Les (Christian Smith’s Tronic Treatment Remix).

From there we were off to the races, as Garnier masterfully took us through many genres and styles over the next two hours. From seeing 100s of DJ sets, I can typically follow exactly what the DJ is doing. This was not at all the case this time, as I was so unsure I pondered with a friend if he had some sort of special live setup. We were both blown away to see a photo after the festival of him working with the standard gear - CDJs and a DJM.

At the end of his set time, he created an enormous climax that disintegrate into a slowly oscillating synth and plenty of atmospheric noise. He sat on that for minutes, the crowd in the palm of his hand relentlessly cheering for him until, suddenly, a percussive loop broke through the sonic fog and built up into a rejuvenating climax. He hit the crowd with the encore nobody expected and I was so shocked at the seamless execution I had to take a knee while laughing hysterically.

It was one of those sets where you create great friendships with the people next to you since you’re all on the same playing field of “WHAT IS GOING ON THIS IS AMAZING”. He rose to my personal list of DJs to never miss and proved to the crowd that he had what it takes to be considered a legend of the scene.

Women are making a stand in dance music across the board, but techno is especially representative of the XX chromosome talent. Across all three days of the festival and afterparties, women were rocking some of the biggest crowds with some of the best tracks. Our festival started with a 2 hour set from Oona Dahl as she spun dreamy, deep house tunes to start a weekend that would eventually become a techno marathon. Later on in the festival I impressed by performances from Avalon Emerson and Ida Engberg, the former of which I didn’t even know coming into the festival.

It’s hard to stand out amongst so many good sets, but down at the Resident Advisor underground stage, Helena Hauff really made herself known. The scene would have scared your parents - a crowd dripping in sweat all dancing in a frenzy while she pulled out vinyl after vinyl of some of the best electro and techno selections. The set truly sounded like nothing else, and Helena showed why she is deserving of her assigned role as the electro renaissance poster girl.

The women at the festival were fantastic, but the crown goes to a girl who single-handedly outshone Ida Engberg and Maceo Plex at their own afterparty - Giorgia Angiuli. Thank goodness my friend convinced me to leave Movement early so we could get the the afterparty in time for her 12am set, because her live performance was the most creative thing I’ve seen in many years of dance music. Her show consisted of triggering various techno loops, all of which were fantastic productions in themselves, while performing live on the most outrageous collection of instruments I have ever seen. She had obscurities like a Theremin and an Otamatone on top of classics like analog synths, drum pads and singing live over her own songs. This all paled in comparison to when she pulled out her signature element, sampling vintage toys seamlessly into her music. It was a sight to behold as she took a toy laser gun that many of us played with as kids, sampled it live, running it through delay and reverb appropriately, and fit it perfectly into the absolute banger she was playing at the time. It was all so fresh, so well executed, and so fun. I can’t champion or endorse this girl enough, when she is near your city, go see her.

Movement continues to be a shining jewel in the festival scene of America. As Detroit continues to grow out of it’s recession, and Paxahau experiment with different lineups, Movement will undoubtedly go through a few more changes. That being said, I have faith that it will always stay true to those who have been going year after year, the house and techno fans. I know I’ve already planned to return in 2019 with even more friends in tow.

If you've enviously reading this from Texas, fear not. We at RealMusic Events are launching our much anticipated festival this year! Seismic Dance Event has been brewin for some time now and will finally shake the scene on September 21st and 22nd. Tickets have just gone on sale... and stay tuned because the lineup is dropping very soon.