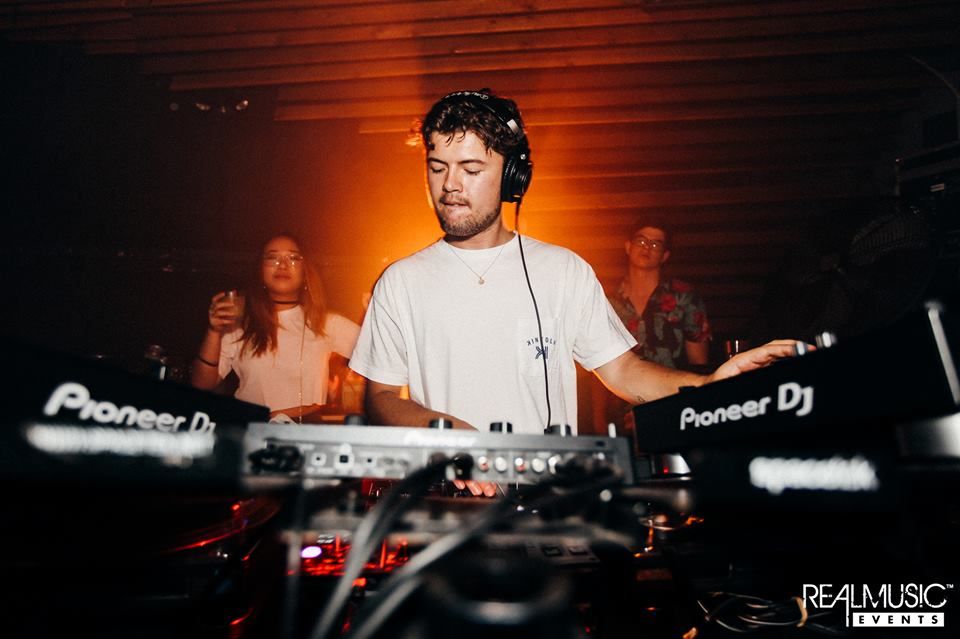 When Andrew first announced Jerry Folk was coming to Kingdom, I'm sure I wasn't the only human in Austin to say "Who dat?" While this might not be a dj/producer's preferential reaction from a city's scene when they're announced to play a set, it's an opportunity for that scene to broaden their dance music knowledge. An opportunity to support an up and coming artist that's, frankly, worth supporting (because hellooo when has RealMusic Events ever steered us wrong?) However, I know you guys are busy af and you've got plenty on your plate with work and family and finding the next great taco truck. This is where I come in. I have taken it upon myself to do some research and get educated on this guy. And let me tell you, I was not disappointed.

Jerry Folk hails from Norway (like, the happiest country on the planet, so good vibes already) and moved to the states about 18 months ago to live in LA. Jerry's been slaying the game with first making a name for himself by releasing several remixes of some solid names, including Chromeo and ZZ Ward, that date back to three years ago, which puts Jerry at 18. 18 YEARS OLD. GUYS. This dude has mad skills and dedication and I dig that.

After getting some recognition through his remixes (WHEN HE WAS 18, DO YOU REMEMBER THAT PART?) Mr. Folk decided he wanted to focus on some original work for a while. And boy am I glad he did. His overall style is pretty eclectic; very vocal driven and groovy. As a proclaimed genre snob, I couldn't really tell you where this guy belongs, but I'm totally cool with that. Inspired by the sounds of funk, disco, hip-hop, and house, you'll get just that when you hear this guy spin.

Jerry's upbeat and feel good style landed him as the supporting artist on Jai Wolf's debut EP tour for fall of 2016. This experience and exposure launched him to book not one, but two major California festivals this spring, CRRSD and Coachella, which is a pretty impressive feat if you ask me. A couple of months later, Jerry releases his newest 9 track Purple Evenings mixtape and here we are: Jerry is going on his first ever solo tour to promote his release, and Kingdom is fortunate enough to be one of his stops.

This is like, history in the making. And you'd be insane to miss it. PLUS IT'S FREE.

Check out the RealMusic Events playlist for a look into your Saturday night with Jerry Folk at Kingdom (I'm partial to the "365 Days" remix myself.) See you on the dance floor!