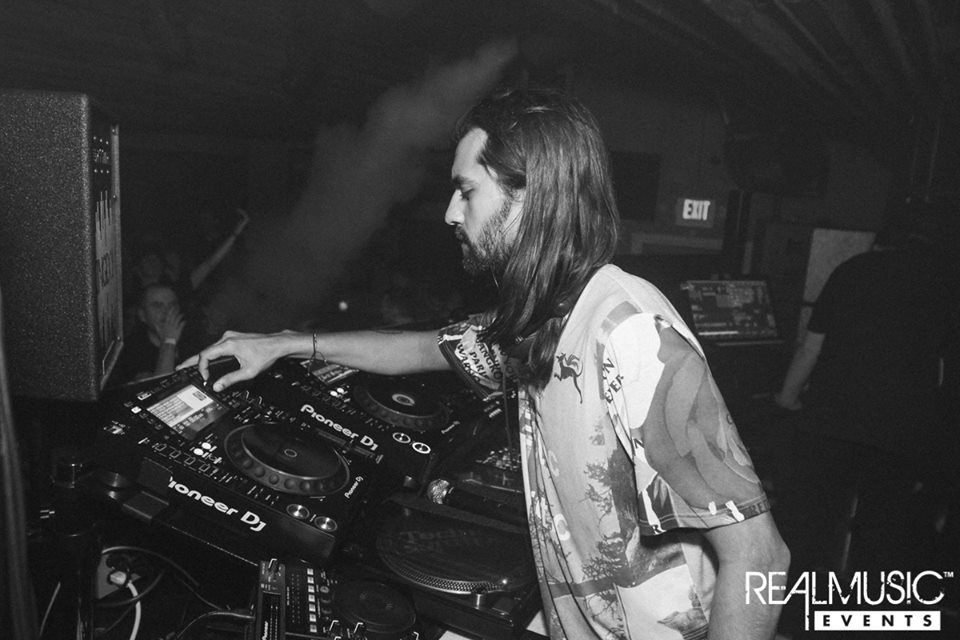 Jeremy Olander gives back with his imprint Vivrant

I haven't really known dance music without Jeremy Olander's name being at the forefront of my knowledge on the subject. Thanks to a very late entrance into the dance music scene, and an excellent educator, my love for progressive house bloomed immediately and has only continued to grow since. My growing passion always includes (if it is not dominated by) the music produced by Jeremy Olander.

While I haven't been watching his career in real time since day one, I've witnessed his growth for the past couple of years and it's been nothing short of impressive. Jeremy has always had a knack for taking his listeners on a journey with each of his tracks, and this growth has only refined his skill, and his particular sound, over time. Whether you're being carried by one of his high energy and driving stompers, or by the gorgeous waves of his melancholic progressions, Jeremy has a way of impacting his listeners on every level of the emotional spectrum. His growth also includes the birth of his imprint, Vivrant, which has had an extremely successful year releasing music by a talented pool of progressive house producers, as well as several EPs of Jeremy's own tracks (including his techno alias, Dhillon.)

In light of his return to Kingdom, and Austin being his only Texas stop so far this year, we wanted to highlight Jeremy's talent and hear more about his plans for his future and the future of Vivrant. Check out his interview below and DO NOT MISS THIS SET on Friday, August 25th.

This weekend marks your fourth time playing Kingdom. How would you describe the vibe of playing this venue? Does anything stand out as unique?

The vibe is great and I always leave with a smile on my face. Great crowd, great team behind the club and overall just a lovely place.

You've been touring pretty non-stop since March, are you able to write much while you're on the road or do you just focus on preparing for your sets?

I write a lot on the road, although I personally tend to just do quick sketches of ideas that I later finish when I can stay at the same place for a couple of days. I’m getting better at short time sessions, but I still think it’s very hard to just open up the laptop and then work on something for 1-2 hours. I feel more comfortable when I have time to sit down and work on ideas.

I’ve stopped planning my sets, actually. Of course, I have a rough idea of what stuff I want to try, but if I get there with a planned set and the vibe is totally different it will just be off. You can’t do that.

You’ve said in the past that you’re releasing what works for you in the clubs, and that you’re not focused on making hits. Has the thought of a full length album crossed your mind?

I think every artist has thought of a full length album, but it’s not in the works for me at the moment. The thought has, of course, crossed my mind but I don’t wanna put out anything half assed. I’m quite happy with how I release music now, to be honest. I try to tell a story with everything I release and the album format would give me a larger canvas so it would be a fun and challenging project for sure.

In a previous interview you mentioned understanding the charm and appeal of a heavily produced two hour show, and that you would want to do that eventually. Any ideas in the works to fulfill that desire?

It would be amazing to do that! There are definitely ideas, but at the moment we focus more on the Vivrant club nights with guys from the label and growing it. I’ve done a few bigger, more ambitious Vivrant shows in Stockholm for 1500-2000 people though. They are kind of a testing ground for what we’ll end up taking on the road at a later stage.

The roster of great artists on Vivrant is steadily growing with recent additions of Khen and Tim Engelhardt. Do you envision more of a steady community of core Vivrant producers, or a place where artists can come and release 1-2 EPs in a different style?

Vivrant has a certain sound which all of the guys we’ve released stuff from represent in their own unique way. That’s something I think is very important to follow. The releases we put out need to have a particular vibe to it. The vision is to build a creative home for me and other producers whose sound doesn’t really have a home. I also want to kind of mentor young producers that are up and coming. I want to give back.

So yes, I guess that in the future we might have sort of a community with Vivrant producers but we’re always open to new and fresh ideas.

Are there any plans to bring the lo-fi project back, or has Vivrant Open become the spiritual successor? Can you tell us a bit more about the concept behind it?

The lo-fi project was more of a one time thing that we tested out to see if we could do a hard ticket event. Then from there it developed in us doing Vivrant branded events instead since we launched the imprint in late 2015. It became natural to focus on building Vivrant so that’s what we’ll continue to do for the foreseeable future.

Vivrant Open is a bit of a sister concept that we will do one off events with during the summer months. Did our first one in June, which was a free open air event for about 2000 people in central Stockholm where I played for 8 hours.

In Sweden, we have a law called ”allemansrätten” which basically gives everyone free access to parks, forests and such. So when the spring begins in Sweden and it’s getting a bit warmer, a lot of partys are moving outside and we wanted to combine the Vivrant vibe with that. We partnered with Heineken and it became a great event and something we’ll definitely do again.

Coming up next we have a Vivrant showcase, our first during that week, at ADE in October. Guy Mantzur is our special guest and Khen, Tim Engelhardt, Ejeca and Marino Canal are also playing.