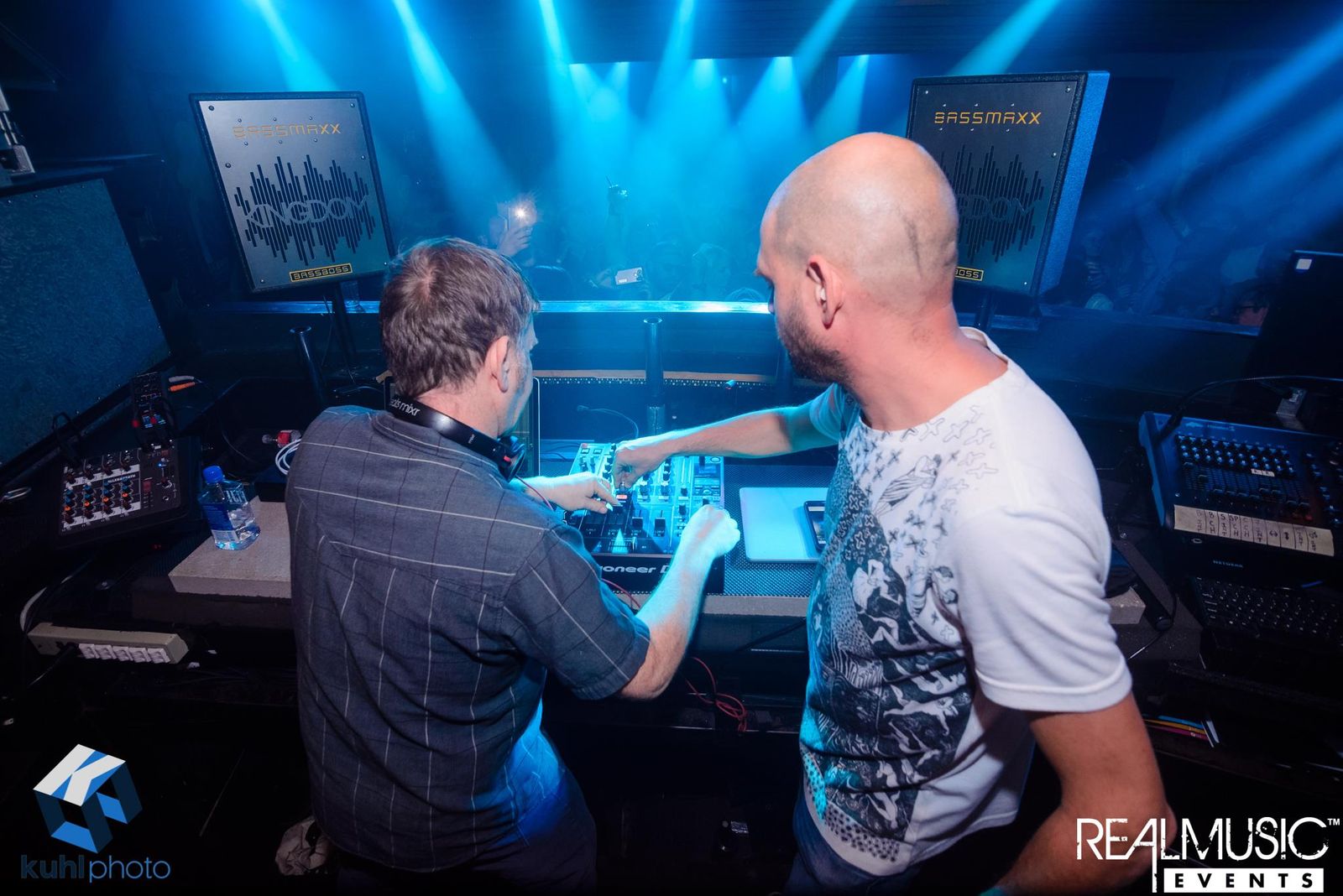 With the release of their brand new album “The Only Road”, it’s a good time to be a Gabriel & Dresden fan. Coming back from a 11 year hiatus, they used the power of Kickstarter to ensure they had time to write the best album they could - and the time was well spent. “The Only Road” is a collection of emotional, soaring records that is sure to blow away old fans as well as win over many new ones.

I got a chance to ask the trance duo a few questions about the album and what they’ve been up to:

As with most Kickstarters, the one put together for your new album included some jaw-dropping pledge rewards such as having G&D co-write a song with you and getting an extended four hour G&D set at your house party. Have either of these been acted on yet?

So far, we haven’t done any of the house parties yet. But we have worked with the backers who pledge to co-write album songs with us. Two of the album’s songs, “Free Your Mind” and “Jupiter” were done with backers. We didn’t know what to expect by letting fans into our studio to create with us, but in both cases we had a great time and not only made something we are proud of, but we also ended up making two new friends whom we communicate with often. We plan to do more of this sort of thing in the future because we had such a great experience with it here.

While your library to date has definitely crossed some genre borders, would you have been/ever be open to co-writing in a much different genre? Any particular genre interests/challenges that strike your fancy or conversely any that you will always avoid at all costs?

We would be open to exploring other genres with producers nobody would expect from us. For example, the idea of G&D getting in the studio with Skrillex seems super exciting to us. To take our combined knowledge and experiences and make something greater than the sum of it’s parts would be so very welcome. We def hope to do some of these in the future.

You’re quoted as having been on the search for a “record label who can do the proper marketing of this project [with the hopes of getting your] music on the radio, in films, on tv shows, and hopefully even in the charts.” Eventually settling down with modern Trance superpower Anjunabeats, what encouraged the final decision to move forward with Above & Beyond’s famous label?

We were all set to just go it on our own, like we did with our first album, but then Anjunabeats took an interest in this project and the more we thought about it the more it made so much sense to us. First of all we’ve been friends with the guys for years and have had a mutual respect for one another since the beginning of both of our acts, and then there’s the fact that Anjunabeats/Above & Beyond have made a career out of releasing music that we would describe as being emotional. Where the focus in on the songwriting and the power that good lyrics provide. We also love how Anjunabeats is really the only record label out there who are a lifestyle brand. We just saw ourselves fitting in with that in a big way.

Also tying in with the goal of pushing your music onto films, tv shows and charts - is there a specific dream outlet for your music to end up? (Of course, we’re sure your past works have likely already accomplished some of the original dreams!)

We are really open to anything. We just saw a post this morning on Twitter with a fan suggesting to Game of Thrones that they use our song “Waiting For Winter” and it just made so much sense to us.

I just checked out your first Beatport chart in 6 years, and I was delighted to see some names such as Pryda and Jamie XX represented amongst records of your own. From where artists draw their influence is always fascinating -- what were you guys listening to leading up to the recording of The Only Road?

We were listening to a lot of Kolsch, Stephan Bodzin, Eric Prydz, Andhim, Rodriguez Jr, Sasha Braemer, Christoph, Tinlicker and Lane 8 records. We’re really into this sort of darker techno music that could also be described as “slow trance” although we we inspired by these artists we didn’t wear any of them on our sleeves.

As a surprise thank you gift to your kickstarter backers, you shared a Google Drive folder with 179 DJ sets spanning 15 years of performing around the world. Out of this incredible list, which ones stand out as your favorite musically? Which ones turned out to be the best memories?

It’s so hard to pick even a few favorites because each show is different and equally exciting. That being said, we always get a kick out of our annual pilgrimage to the Guaba Beach Bar in Limassol, Cyprus. The way the crowd just stays with you with whatever you want to throw at them plus the incredible side show that Guaba puts on, we always leave that place with our adrenaline surging.

As the release date of the album creeps around the corner, excitement has to be running high. What are both of your favorite tracks on the album, and why?

We are just so incredibly proud of the entire album. They are all our favorite songs and there is so much variety stylistically on the album it’s virtually impossible to pick a favorite. We were caught off guard by the success of Waiting For Winter as we didn’t really think that one would be the out-of-the-box smash, but that song has really struck a chord with our fans. That being said, “White Walls” definitely gets us right in the feels every time we hear it.

With so many of your classics holding such a special place in many of our team member (and local scene)’s hearts… we’re all curious, did the making of this album differ in a significant way than previous albums or was it a pretty similar process/sound/vision? Did anything stand out as unique this time around?

Really the only difference this time from last was the amount of time we allotted ourselves to get the music finished. With the first album, we never stopped touring and it took a full year to complete. With this record and because of the Kickstarter, we took on zero shows and finished the balance of the music inside a four month window. We also tried out some different and more “live” production techniques this time around that we felt in the end were really rewarding.

We in Austin can’t wait for your open to close set at Highland on the 21st of December. What does an OTC set mean for Gabriel & Dresden versus a normal club set?

Open To Close means that we can stretch out and tell a story with music. We can really have a beginning a middle and an end when we do an OTC and we actually prefer to do it that way.

Tickets for their open to close are available here at https://realmusic.events/