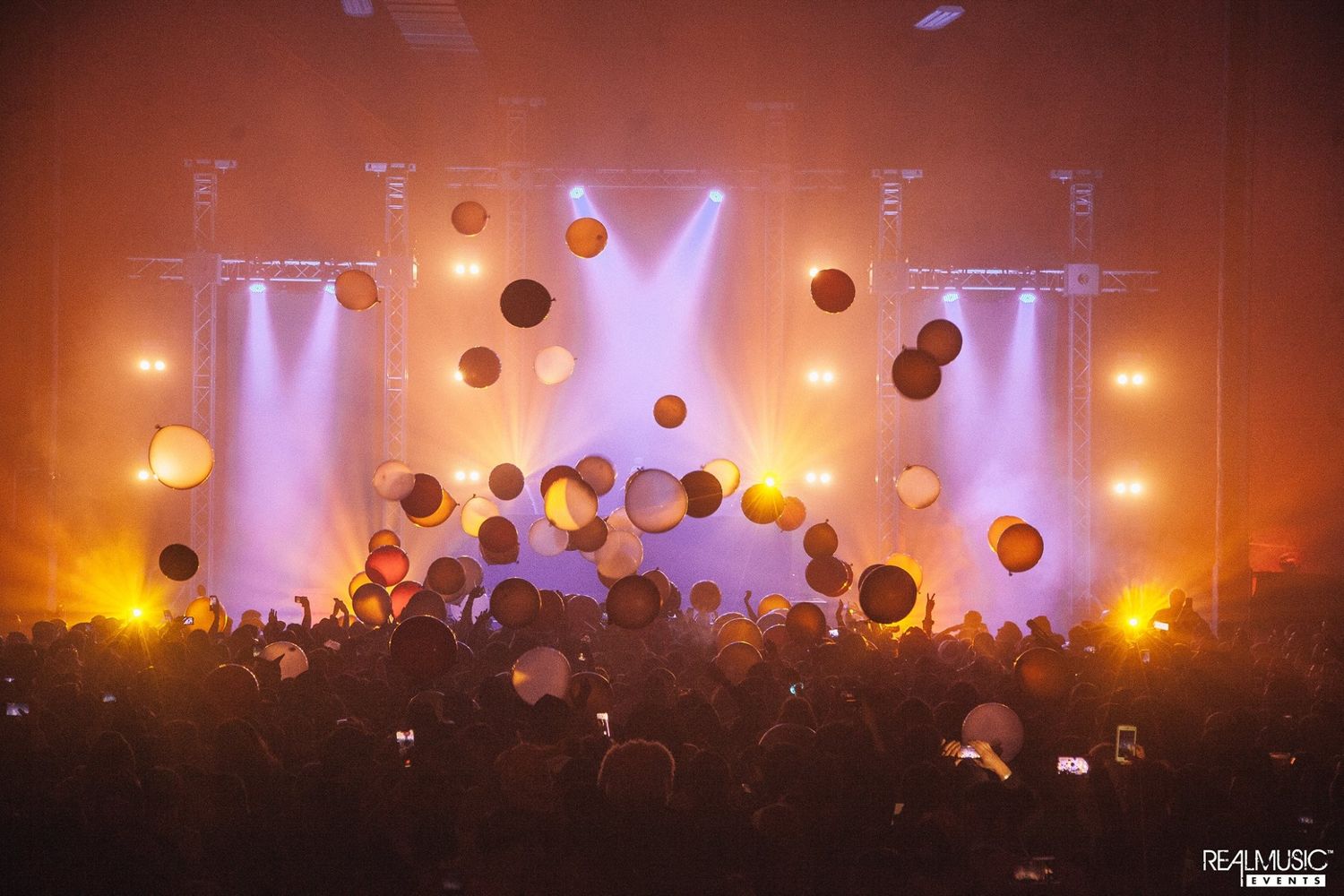 Era's first New Year's Eve celebration featured some of the most influential electronic artists over the last decade, pairing long-time favorites Nero and Feed Me with Dombresky as headliners for its inaugural celebration. You’d be pretty hard-pressed to find a dance music enthusiast from the early 2010s who has yet to see Nero or Feed Me, and those who integrated into the scene later in the decade are still familiar with the impact these artists had on their fellow club-goers. Such iconic names in the American market provided a great opportunity to debut RealMusic Events’ newly branded event, and to break in The Austin American-Statesman before hosting 2019’s Seismic Dance Event. This time around Era NYE, co-branded by RealMusic Events and Seismic Dance Event, shifts the style and enters the decade ahead of the curve, hosting an incredibly talented roster of tastemakers, innovators, and quickly rising talents on display at a new and intimate venue. 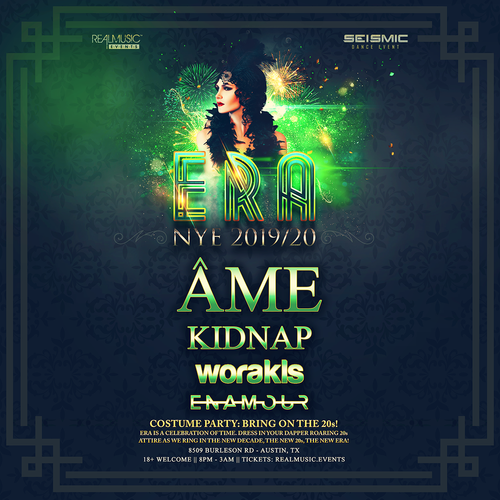 When it comes to underground tastemakers, the Berlin-based record label Innervisions has played a significant part in filling that role. Major coastal cities periodically offer Stateside glimpses of the label’s successes, but it was hard to personally grasp the global reach until I witnessed warehouses at capacity featuring this style of music for hours (and in some cases days) on end in Europe. Its a level of popularity reserved for mainstage artists on this side of the Atlantic, but during Amsterdam Dance Event labels and promoters like Innervisions (co-owned by 2016 Essential Mix of the Year nominees Âme and Dixon) make you question if “underground” is an appropriate descriptor of this music, filling out several massive venues a night. The artist title Âme refers to the shared project between Frank Wiedemann and Kristian Beyer, but is generally differentiated by (DJ Set) or (Live) next to the name. While Frank handles the live sets, Kristian will be the one joining us in Austin with a 3 hour set to kick off 2020. As a DJ, the man is as diverse as his label itself, regularly displaying his range as a regular guest at iconic Ibiza events like Afterlife and Solomun +1, or through various unique b2b sets (in 2018 he camped out for hours at Rakastella’s third stage, holding it down while other artists tapped in and out b2b Âme). In my opinion, an extended club set from Kristian is enough to justify the ticket, but this year Austin is fortunate to have three other incredible artists ringing in the decade alongside him.

Listen to an hour from his 6 hour set in Cologne earlier this year. 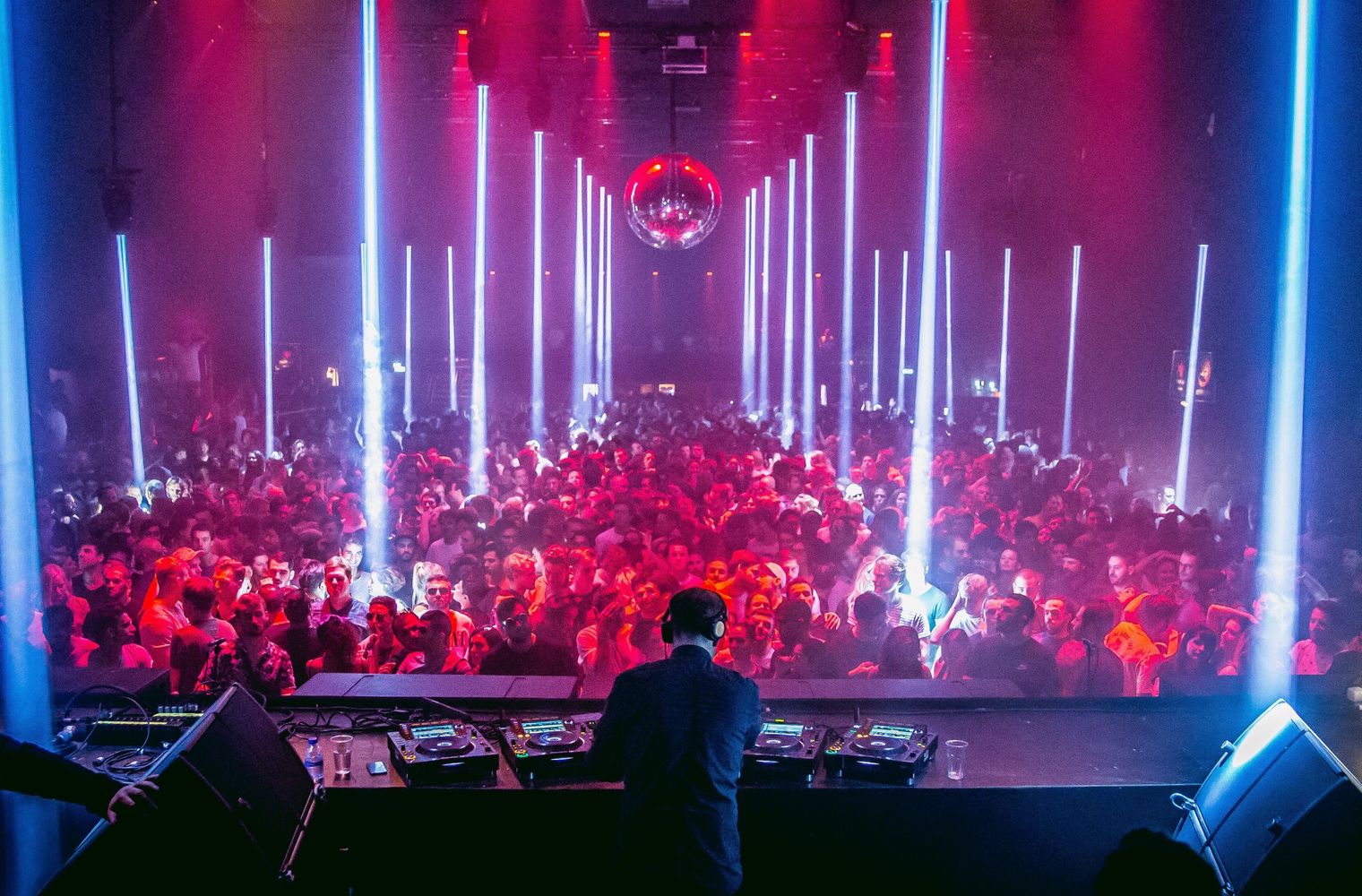 The artist formerly known as Kidnap Kid is a more interesting act to describe. Not only has the 28 year old already rebranded his stage name, but he’s incredibly difficult to research without wading through a slew of outstanding police reports. Jokes aside, his melodic productions couldn’t be further from the depressing nature of my aforementioned Google results, and he’s actually been a bucket list artist that’s eluded me for years now. An early Anjunadeep Edition caught my attention with the inclusion of Oxia’s remix of “Fall,” and navigating to his SoundCloud page after this discovery offered two insights. First, Kidnap’s original rendition of "Fall" was an even more beautiful composition, and featured top tier remixes for the release on the voice of dance music (Pete Tong)’s record label, FFRR. Second, I was incredibly late for the party, as Matt Relton was already well on his way to 2 million SoundCloud followers. Since 2015, he’s launched his own record label “Birds That Fly,” remixed industry-legend Moby, and firmly planted himself on the Anjuna-faithfuls’ radar following a fan favorite collaborative production with Lane 8. As your local tracklisting nerd, I’ve had the pleasure of listening to every Anjunadeep Edition to date, and his solo debut is still holding it down as one of my favorites. 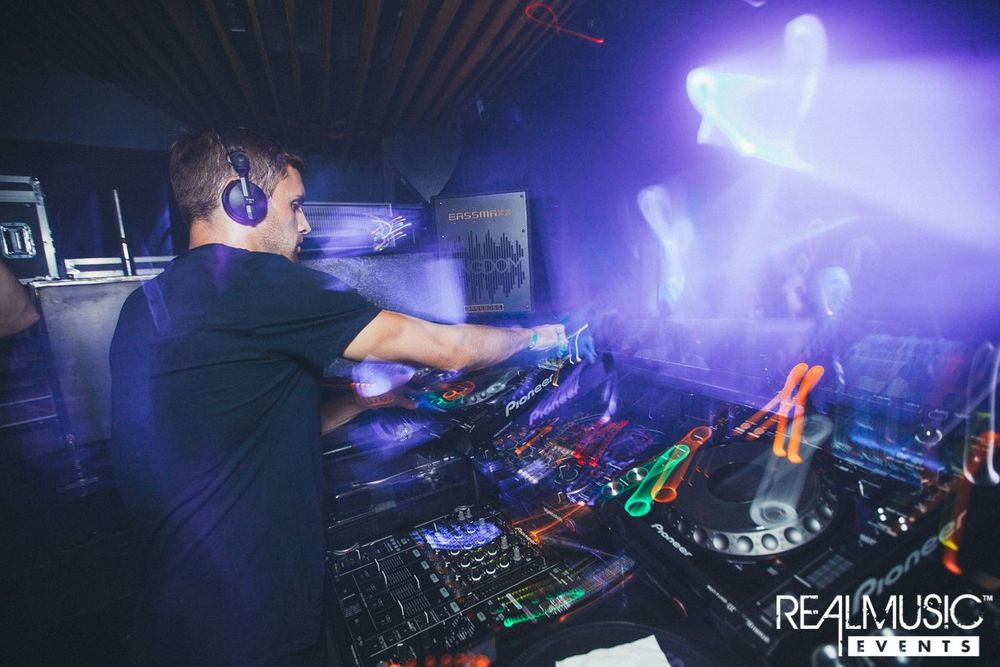 2019 felt as if it offered much greater exposure to innovative electronic artists, with Austin stops featuring a variety of live acts such Monolink, Giorgia Angiuli, Moon Boots, Ben Böhmer, and Rodriguez Jr. Era looks to recognize this innovation once more, adding Hungry Music’s Worakls as arguably the most unique billing. A composer first, he draws his creative inspiration from movie soundtracks and classical music, performing in various capacities ranging from solo DJ sets to orchestra concerts fully equipped with brass, strings, and percussion instrumentalists. Content in the former capacity is surprisingly sparse, and while Worakls won’t be conducting an entire band this time around, it’s safe to assume his selections behind the decks will draw upon those symphonic elements. If you haven’t seen his Cercle performance already, I’d highly recommend joining 1.5 million others to scope out the creativity on display this NYE. 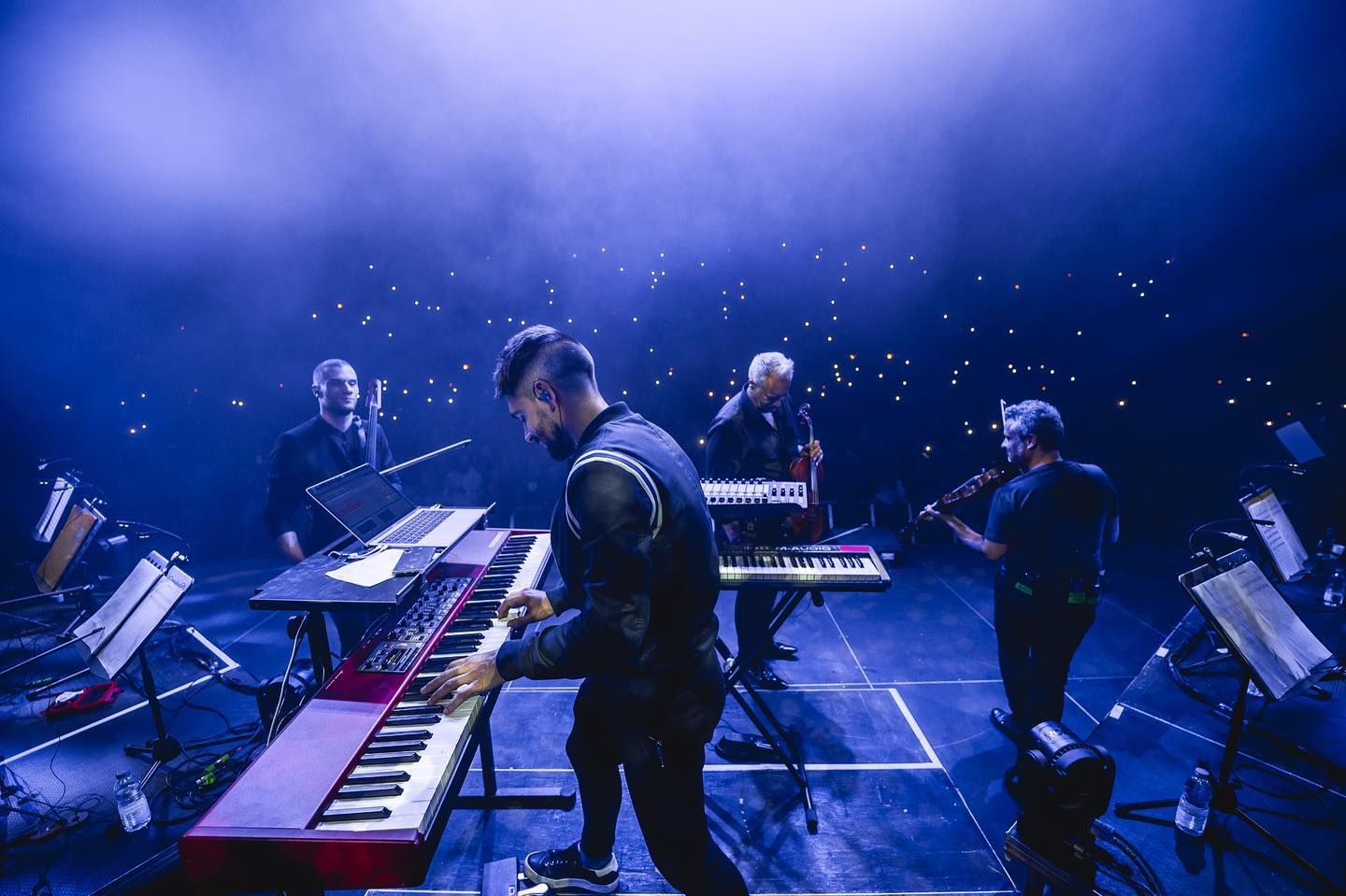 Enamour caps off a massively successful year with a return to Austin, offering a compelling reason for electronic music enthusiasts to arrive early and approach the New Year celebrations with a marathon mentality. As Lane 8’s mixtapes began to transition from almost entirely released content to promos and upcoming This Never Happened content, “Enamour - ID” became almost as commonplace as Lane 8’s own material. Eventually that partnership was solidified via remix duties on Daniel’s second album Little By Little, and quickly followed up with two original productions on TNH’s second Roots to Branch compilation. Calculated in his releases, he doesn’t tend to stick around one label for too long, and has found homes to showcase his sound’s range through well-known labels such as Anjunadeep, Mau5trap, Yoshitoshi, Days Like Nights, and Zerothree. A consistent flow of quality productions and the exposure offered through these labels has continued to grow his artist career, affording the opportunity to leave his day job (coincidentally the day he flew in for his Austin debut earlier this year) and focus strictly on his artistry. 2019 was a huge year for Enamour, and we’re fortunate to have him join us in our celebrations to close out the decade.

Listen to Enamour's most recent mixtape. 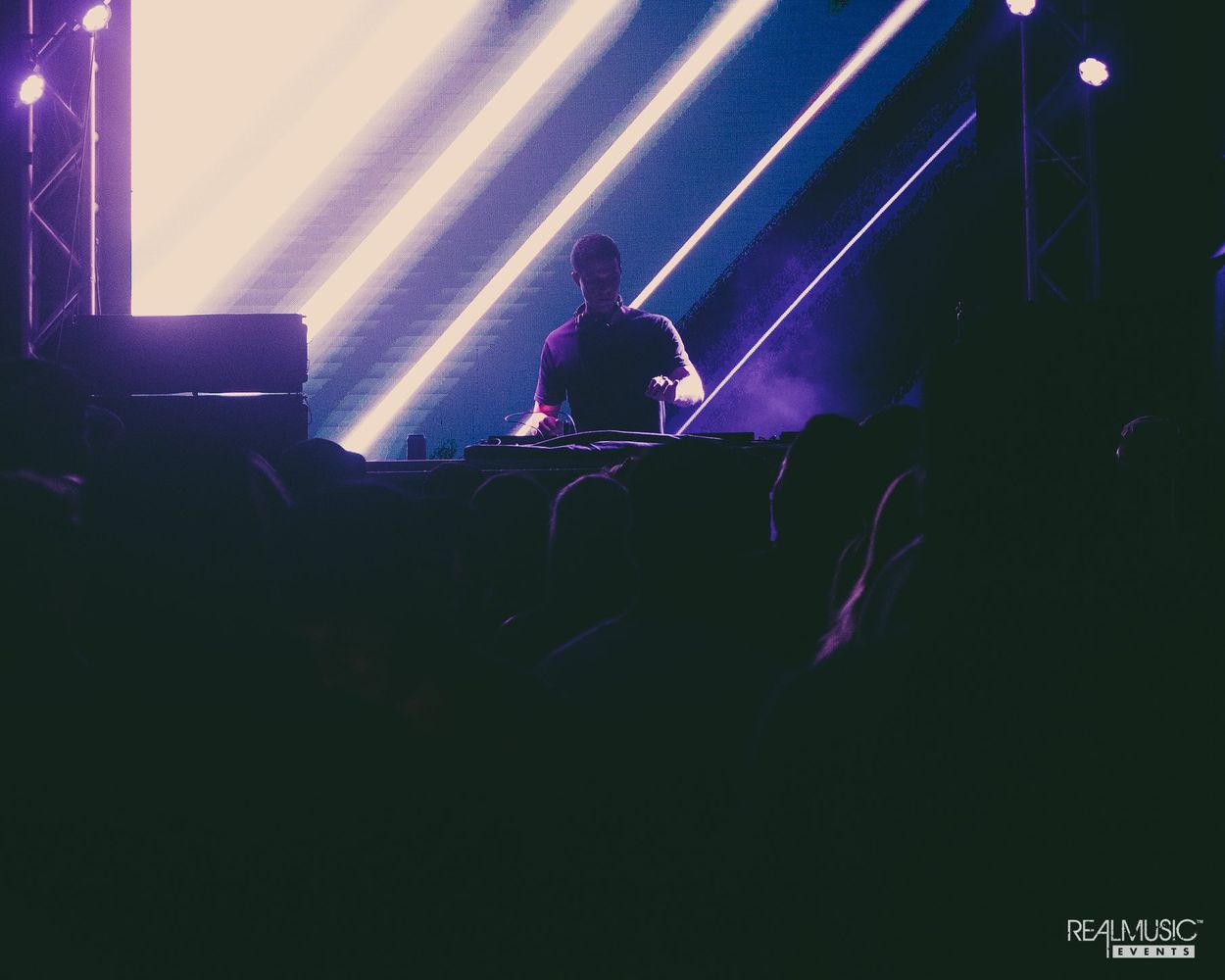 In case you missed the announcement the venue has been changed to a more intimate location, one that happens to be the new home to Kingdom’s old sound system. Since we're entering this century's version of the roaring 20s, it's only natural to theme the event around the attire from 100 years ago. Throw on your best Gatsby/flapper outfits, and I look forward to marathoning into the new year with everyone on Tuesday! Tickets are available below, along with my set recommendations from each artist on the lineup.