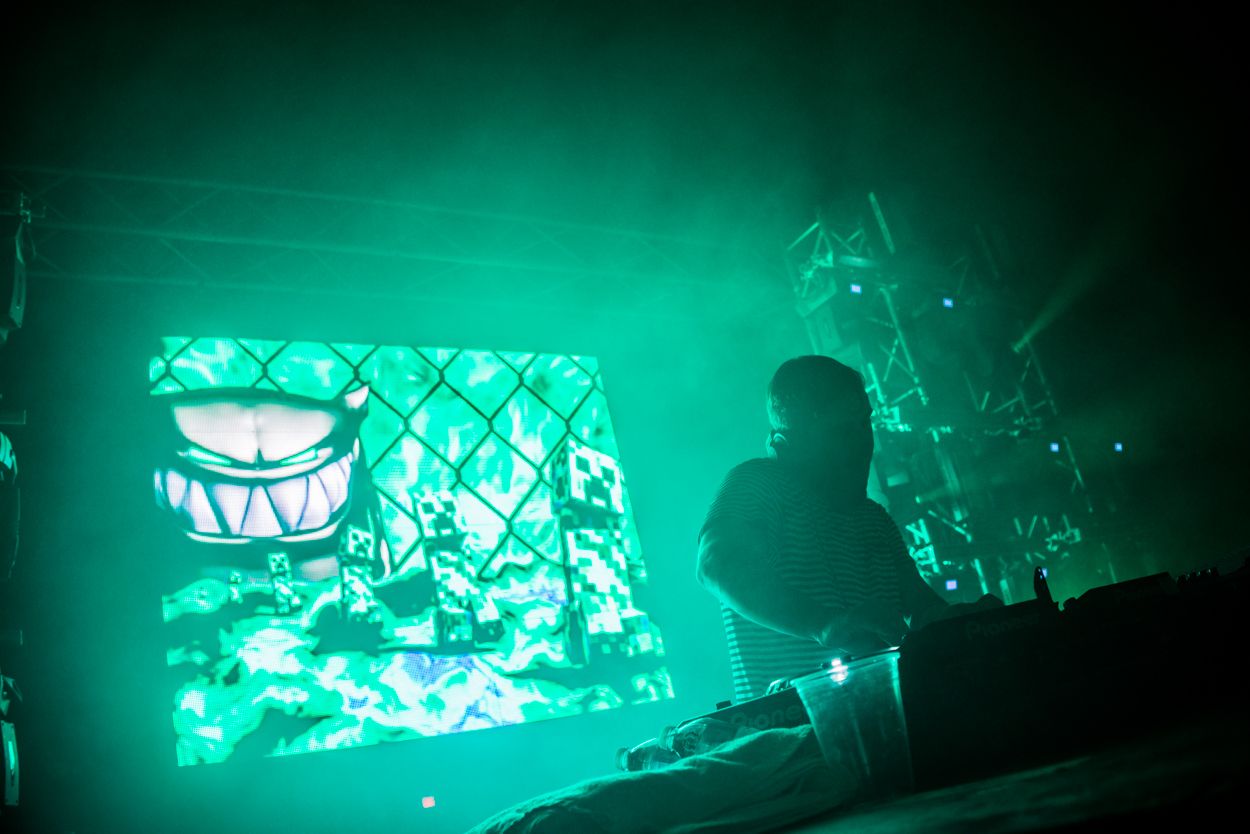 Jon Gooch may be most well known for his work as Feed Me but that is only a narrow view of his prolific influence in the electronic music scene. The London based producer started releasing music under the alias Spor and subsequently moved into the management side of the industry as well. As one of the founders of Lifted Music, Gooch began influencing the drum and bass and dubstep scene in the U.K. and the U.S. with more than just his artistic talents.

Gooch’s first solo release as Feed Me is proof of the knowledge and practice he gained from spending years in the scene. The Spell/Raw Chicken EP release on Deadmau5’s Mau5trap label in 2008 debuted the hard electro house and dubstep sound that would propel Feed Me to international fame. It would be two years before another release but the 2010 eight track Feed Me’s Big Adventure was worth the wait. Featuring collaborations with Tasha Baxter and Kill The Noise, the quality and popularity of this EP cemented Gooch’s reputation as a creative force in the scene. It also featured the first Beatport appearance of the Feed Me monster, one of the most signature aspects of the brand.

After the Big Adventure Feed Me would go on to release a diverse slew of tracks on labels ranging from Ministry of Sound and UKF to Black Hole Recordings and Toolroom Records before starting yet another label, Sotto Voce. Founded in 2013 as a vehicle to release music under both his Feed Me and Spor aliases, Gooch has also signed a few other notable artists to Sotto including Tinlicker and Proxy. As of late Sotto Voce has seen a drop off in activity. Although the label is still technically active, it’s last release was a drum and bass single by Memtrix in late 2016.

But that didn’t mean Gooch was down for the count. Instead he was refocusing his creative energy into his signature project. From May 2017 until February 2018 Feed Me returned to his original Mau5trap family. With a string of nine releases over nine months featuring EPs and singles alike, the British phenom has been on a musical tear in the last two years. With only one other release since February, a collaboration on the Foreign Beggars album 2 2 Karma, Feed Me has undoubtedly been cooking up some new material as of late. And with less than a year separating the releases of his 5 track Family Reunion EP and his 5 track Existential Crisis EP, we’re long overdue for another multi-track release.

So if you are unfamiliar with Feed Me’s unparalleled ability to blend both the hard hitting and progressive elements of electro house with a little bit of dubstep and complextro, give these two EPs a listen. RealMusic Events is no stranger to Gooch’s impressive musical stylings, especially after he visited Austin last October. So while you’re listening to some of Feed Me’s latest work make sure to check out a few of the pictures below from his last performance for RME. You can also look through the full album on Facebook to know what kind of vibe to expect during his ERA set at Warehouse 305 this Monday!