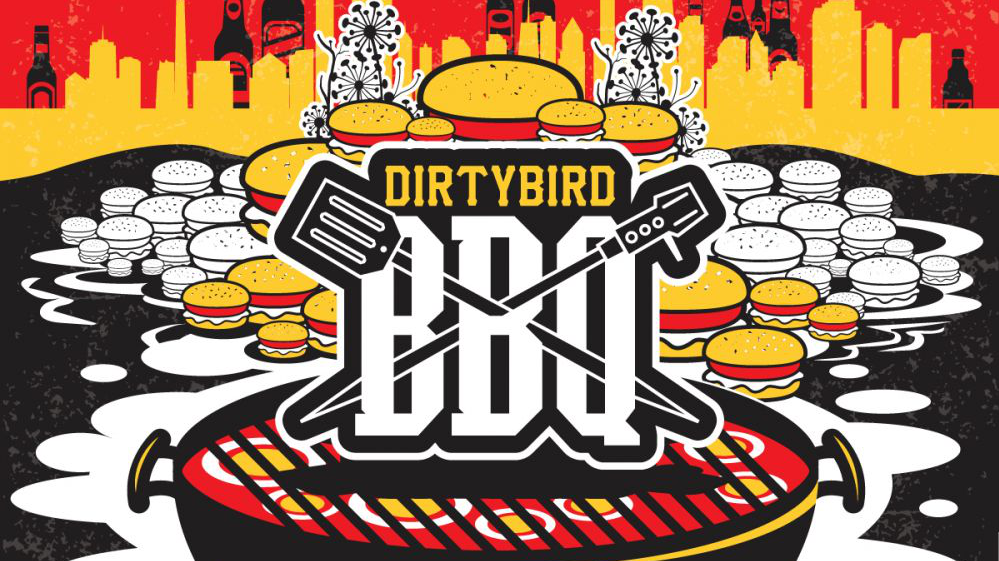 Excitement is nearing its peak as Austin’s Dirtybird BBQ date on May 19th draws closer. Across the country, our very own Austin is one of only three sought after locations for the tech-house and meat fueled festival, and you better believe we’re going to make the most of it. Partnering up with the Dirtybird team, we'll be hosting this much anticipated event at the world renowned Circuit of Americas with an over the top lineup including Claude Vonstroke, Justin Martin, J.Phlip b2b Christian Martin, Will Clarke, Ardalan, & Worthy. We'll even have a pool for this one! Fear not veggie & vegan friends... we got your covered with our BBQ options as well.

Okay so where did the Dirtybird BBQs get its start? The fiesta has been rocking cities since 2013, but the history of this event actually goes much further back than that. Before the modern version of Dirtybird BBQ was dreamt up as a one day mini-festival, it made a stage out of Golden Gate Park in San Francisco. Trying to do something new and different, the initial Dirtybird trio, Claude VonStroke, Justin Martin and Christian Martin, threw the first party to astounding success. That astounding success consisted of their girlfriends, Justin’s roommate Worthy, who became another member of the group, and a random passerby who has since become the grill master at every Dirtybird BBQ.

The group didn’t give up, continuing to throw another party and provide grilled food once or twice a month during the summer. The crowd grew slowly, and eventually the birds started to develop a culture of their own. Their momentum continued to blossom until, in 2010, a regular turnout of ~2,500 people proved to be too much for the authorities to allow. The crew took a break to decide how to best maintain their vision in the face of a rapidly growing fanbase that wasn’t showing signs of slowing down. Cue 2013, when the event was reborn at the new venue of Treasure Island as a ticketed event. The following year it expanded outside of San Francisco, taking the one-of-a-kind experience on the road.

The Dirtybird events have even expanded past club shows and BBQs into festivals, with the Dirtybird Campout making it’s inaugural appearance in 2015 outside of Los Angeles. This event combines all the best things about a childhood summer camp with all the things of an adult camping festival, a combination that imagination does not do justice for.

Claude VonStroke and crew show no signs of stopping as they continue to throw more events, appear on more festival lineups, and book more club tours. As their fanbase and distinct brand of tech-house continues to grow, the only direction to go is up. The buzz surrounding this label is at an all time high, as also seen with the recent accolade awarded by Mixmag for 'Label of the Decade!'

While each year cities vote to bring the BBQ to their backyard, we couldn't be more pleased to be awarded this honor without needing the vote! That is a clear testament to the special dance music scene we have brewing here and all you passionate dirtybirdies rocking it with us one show after another. We are so honored and damn excited to be hosting this special event with one of our favorite labels, and we couldn't have done it with your support! Let's show them how we get down in Texas and represent that Austin vibe to the fullest.

If you think you’ve got the chops to dance your way into scoring some free tickets, we're hosting a dance contest (due 5/9) to earn two coveted spots at the BBQ! More details here (be sure to read the caption for all entry rules): https://www.facebook.com/RealMusicEventsTX/videos/10157437520037571/