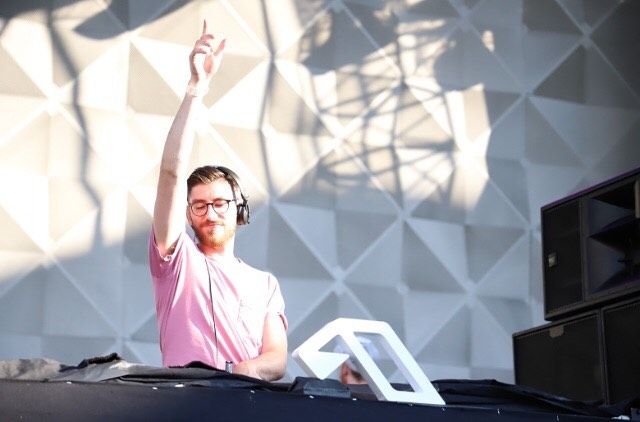 Marsh - As a music fan plagued with the unmitigated desire to experience a new artist for the first time, Marsh is pretty high on my must-see list for the day. Here we have the one artist on this year’s lineup that will be making his Austin debut, offering an extra layer of excitement leading into a musically stacked day. Last year, some of the best sets were provided by two of the less-familiar names on the label, as Fairchild and David Hohme set the mood for the day to come perfectly. Unlike the other five artists, I cannot say from personal experience how his live performances shape up. In preparation for this event, however, I’ve listened to all of his sets on SoundCloud and believe he’s going to do a phenomenal job filling a similar role as David & Fairchild last year. His sets are well-crafted, beautifully blending atmospheric deep house and progressively building throughout. In my opinion, this is the perfect style to set the mood as you explore your venue for the day, or to break in the dance floor early and show support towards a quickly rising talent.

Describing Marsh as “a quickly rising talent” isn’t intended as some promotional trick to stimulate interest in an artist. Instead, it’s an observation of what he’s accomplished in a short time frame. A few years back, Anjunadeep launched their “Explorations” EP series, straying from their standard releases by combining singles from various artists and packaging them together. This concept has served as a platform to showcase a variety of well-established and up-and-coming producers alongside each other, and offered label debuts to half the artists on Austin’s lineup. Marsh was one of these three, joining Ben Böhmer and Luttrell amongst the Explorations alumni at the end of 2018. His relationship with Anjunadeep has exploded in 2019, remixing Luttrell on his debut album, releasing both a solo and collaborative EP with Nox Vahn (formerly Fairchild), and returning on the star-studded Explorations 10 EP accompanying the inaugural year of the label’s destination festival.

To complement an impressive release resume, Marsh will be featured at Open Air stops in NYC, Montreal, Austin, Chicago, and Prague this year. While it’s far easier to award in hindsight, there’s a strong case to be made that he’s Anjunadeep’s breakout star of 2019. In less than a month’s time he’ll have earned several new fans following his Austin debut, and at the end of this year he may even win this fabricated title I’ve incessantly referred to over the course of our showcase series.

If you’d like to listen to Marsh’s sounds further, I’ve included my set recommendation below, along with a Spotify playlist featuring the artists on this year’s lineup. Limited tickets remain here*

*Okay, that one might be a promotional trick. I personally don't know how many tickets are left, but it’s technically correct since every ticket sale makes the remaining amount of tickets more limited than it was before. But that’s not the point, we’re now three weeks out from the event, and best case scenario your procrastination will result in paying more for your ticket. Worst case scenario, tickets sell out and then you’re missing nine hours of music with friends. So is it really a promo trick or simply criticism of your inability to take action in a timely manner? /rant